Living the Secret of ADHD 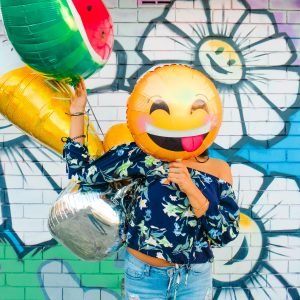 This past weekend I enjoyed a proud parent moment. I watched my youngest child graduate from college with honors and a degree in teaching. I couldn’t be happier for her, but the event was bittersweet.

Let me explain. With four children in their 20’s, I’ve noticed that graduations are like time capsules. They are filled with the culture and current events of the era the students spent at the university. This graduation was no different.

The Dean of the Education Department began their talk by acknowledging the Coast Salish First Nation. The university had stood on their land for the past 125 years. (Score 1 for acknowledging our Native American culture!) In the corner of the stage the sign language interpreter translated for the hearing impaired. (Score 2 for embracing persons with disabilities!)

And finally, a lovely young student gave the keynote speech. She talked about the secrecy and fear she had felt while growing up as an undocumented immigrant. She was compelling, courageous and inspiring. She described what it was like to carry this secret her whole life. She had been terrified of being found out, of being ostracized or worse being deported from the US and her family separated. Her story ended as she described the relief she experienced once she finally told her secret. She thanked the college and her fellow students for their support. She described her future goal to politically change this injustice. (Score 3 for human rights!)

The emphasis on embracing diversity and tolerance resonated throughout the whole auditorium. And yet…I knew at least one graduate sat in that audience with his own secret he didn’t feel safe enough to tell. The secret of living with ADHD.

On a day meant to be a celebration of his hard work and accomplishment, this student was terrified. He was afraid his classmates (and even his own parents) would learn he had barely qualified for graduation. He worried how he was going to pass the urine drug screen when he applied for a job because he was starting to take ADHD medication. He even wondered if he deserved to graduate. I watched as he left his college graduation, diploma in hand, carrying the stigma, shame and misunderstanding that sometimes comes with having ADHD.

In the July 2017 issue of the Journal of Personality and Social Psychology, Michael Slepian, Jinseok Chun, and Malia Mason studied what happens to us psychologically when we keep a secret. What they discovered is that keeping a secret makes people feel inauthentic, deceitful and false. These feelings can lead to a depressed mood, stress, and generally feeling worse about life. It seems that it is almost impossible to have a healthy and happy life when we conceal certain truths. Swallowing them is like a slow-acting poison that turns into shame, guilt and isolation affecting everything we do. The secret of ADHD can be like that.

Why do some people with ADHD feel a need to keep it a secret? Because a lifetime of experiences has shown them that the people or environment around them do not understand ADHD. And they have not experienced the understanding, acceptance or empathy as others of diversity.

So how do you tell others about your ADHD if you want to? Here are some suggestions:

If you do share, be sure to pat yourself on the back. Being open and educating others paves the way for other people with ADHD to stop living in secret.

What needs to happen so that persons with ADHD are given the same grace and acceptance as others of diversity so they feel safe sharing their secret? It’s a question I wish I didn’t have to keep asking myself.

I’d love to know your thoughts below.

LET’S GET MORE AWARE ABOUT ADHD:

Ready to be honest with yourself about your life: the good, the bad, the ugly….and the ADHD? Click here for 6 Ways to Own Your ADHD Story.

By the way – if you have a student at home getting ready for college, you’ll want to check out my Is Your Student Ready for College Checklist! Click here to access.