5 Warning Signs That Could Be Your Tipping Point 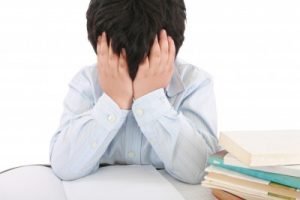 Recently, I’ve noticed a pattern in my clients that I call the “tipping point”. The “tipping point” is basically a time in people’s lives when, for various reasons, the strategies they have been using to compensate for their ADHD challenges no longer seem to be working. This “tipping point” is often experienced along with feelings of overwhelm and chaos. Up until a “tipping point,” people have been able to balance known or unknown challenges with ADHD with strategies they may not have even realized they were using. Up until the “tipping point”, they had been able to adapt and cope well with their symptoms, even going as far as being under the radar for an official diagnosis of ADHD (in other words their symptoms were not interfering with their functioning). But for some reason a life change – it could be a job promotion, relationship change, a school change, or any myriad of different things – renders the current strategies ineffective and over time there is a sense that things are no longer “going well” and in fact, life seems to be falling apart in a big way.

Here are some life situations that could be possible “tipping points”:

Warning Sign #1: New Problems at School. Often, when higher elementary or middle school hits, students begin unraveling as they experience more responsibility in juggling multiple classrooms, more homework and larger classrooms. Suddenly it seems like nothing is working anymore. They can’t get things done that they want to get done, everything sort of goes into chaos, things start to come undone. Their schoolwork starts to suffer; they may have trouble concentrating in class, forget to hand in homework or start to experience difficulties with old friendships. Often, no one recognizes these warning signs as being ADHD-related because the students previously had managed or were able to compensate for their challenges. Parents and educators start to feel helpless when a previously successful student seems to become unmotivated. Students are told they just need to try harder. Everyone is unsure how to get the child back on track and the students begin to feel stupid, lazy and incapable.

Warning Sign #2: Inability to Cope After Significant Life Changes. Some people with ADHD experience their first “tipping point” after a significant life change…even a positive life change such as getting married or moving into a new home. These major life celebrations are anticipated with great joy, but may often be a change that “tips” the balance. Perhaps you’ve been able to balance your own life and your own schedule and where you put things up until now, but then you get married and now your spouse has a different way of doing things or expectations of the way things should be organized that differ from your views, not to mention having to deal with the extra stuff in your space. Slowly you notice that things are not working as well as they had before, and because this is supposed to be the happiest time of your life, you think there must be something wrong with you…right? Wrong! Significant life changes such as getting married, having another child or moving homes can often upset an unknown balance.

Warning Sign #3: Unable to Transition Successfully Into A New Role at Work. Up until your “tipping point” you have been performing really well in your job. So well, in fact, that you are promoted. Slowly you may start to notice that you are not doing this new job as well as everyone expected, and you begin to isolate yourself, dread going to work and may eventually get fired. What happened? You reached your “tipping point”. Not because you didn’t deserve the job, but because changes in work often come with changes of staff, support, work space, etc. that throw you off.

Warning Sign #4: Change in Family Dynamics. If you find yourself with new responsibilities and changes in your family, such as taking in an elderly parent, adding members to your family, or getting a new roommate, the additional responsibilities, change in routine and stress can gradually sink in and leave you overwhelmed and unable to cope as you have previously. It is so easy to begin to think you are a terrible mom, unfit for the responsibilities of a family or may be destined to living alone. It’s not YOU, you were thrown off-balance, and your ability to compensate for your ADHD with your old routine, structures or systems is no longer working. But instead of seeing the truth, that it isn’t anything you’ve done wrong, or know that you can fix this, you’re filled with undeserved guilt and shame.

Warning Sign #5: Physical Injury. People often experience their “tipping point” when an ADHD-management strategy such as exercise decreases or activity level changes. Unbeknownst to many people with ADHD, participation in sports and/or daily exercise provides some additional Dopamine to our brain and helps to create structure and routine in our lives that help to better manage ADHD symptoms. “Tipping points” are common for high school athletes who have earned success not only in their sports but academically, only to go off to college and experience failure for the first time. Without the rigorous physical training and structure of high school, they begin to slowly fall apart. Another common “tipping point” for people with ADHD is when they have experienced an injury and have to decrease their activity or exercise level. This change in routine and absence of daily Dopamine boosts can challenge previous steadiness, energy levels and ability to focus and life begins to wobble.

As you can see, there are many reasons, often beyond your control, that might lead you to your “tipping point.” Click here to learn ways you can keep yourself from tipping over the edge. But, in the meantime, if you recognize yourself in these “tipping point” warning signs and are ready to get help, click here to schedule a call with me and we can talk strategy!

Remember: a “tipping point” means that you are at a crossroads and you have a choice which way you will react- you can continue down that path to chaos and overwhelm, or you can get restructured and relearn ways to to cope and get back on track!

Now that you know how to identify a Tipping Point, click here to learn some strategies on how to get through one.