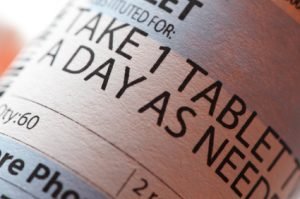 After receiving a diagnosis of ADHD, the most commonly asked questions people have are around ADHD medications. Despite the fact that we have been using the same psycho stimulants to treat ADHD for over 60 years, and have studied them over and over again for effectiveness, short term and long term side effects and contraindications, doubt remains.

In order to help provide some answers, dispel some myths and help people stay at choice around their treatment options, here is a synopsis on three of the top questions and their answers around ADHD medication:

What medications are used to treat ADHD?

Medication for ADHD falls under two major categories: stimulants and non-stimulants.  Stimulants fall under the brand names of Ritalin, Adderall, Concerta, Dexedrine, Focalin, Metadate and Vyvanse.  What these medications “stimulate” is the dopamine in the brains of people with ADHD, which rebalances the deficit of this neurotransmitter that typically exists and causes the ADHD symptoms.  Common non-stimulants used in the treatment of ADHD fall under the brand names Strattera, Wellbutrin, Effexor, Clonidine and Intuniv.  These act on other neurotransmitters either in the brain or the body and are thought to indirectly minimize the ADHD symptoms.

There is no “magic pill” to cure or treat ADHD.  This means that even though medications have been proven to reduce 80% of the symptoms, people still function best when they learn strategies to manage other areas that still challenge them.  It’s important to remember that most ADHD medications do not remain active in your body for 24 hours a day.  Most medications typically last for 4-8 hours.  You still have ADHD the other hours of the day and on weekends.  Medications, when used in combination with learning skills and strategies to better manage your challenges, seems to have the best success.  Behavior modification, biofeedback, coaching, psychotherapy, and support groups are just a few possibilities that can be used along with medication.

Why are “stimulants” used when the problem is hyperactivity?

The physical hyperactivity in behavior seen in some persons with ADHD is actually a symptom of inactivity of the brain.  When people are hyperactive, moving about, and restless, the physical movement of the body helps to increase the amount of dopamine available to the brain.  Lack of enough dopamine getting to the front part of the brain is thought to be the main problem behind ADHD.  When this front part of the brain, or “executive function,” is not fully accessible, the ability to pay attention, focus on things less interesting, stop before we act, etc., is nearly impossible.  It is a bit like expecting someone with a vision problem to simply “focus” so that they can see better…not happening!  When we move, it stimulates the dopamine to be released in our brain.  When more dopamine is available to stimulate these key areas of the brain, the symptoms are reduced because the person doesn’t need to move around anymore.

Are medications for ADHD safe? Will they cause addiction?

As surprising as it may seem, stimulant medication has been used to treat ADHD symptoms for over sixty years.  Ritalin has been used in the treatment of ADHD-type symptoms since the 1950’s.  Because they have been used over such a long period of time, they have been studied extensively, over and over, which means we have the advantage of knowing their long-term effects over generations.  They are as “safe” as any medication can be; in fact, many studies have indicated that individuals treated with prescription medication are less likely to abuse other drugs because they do not feel the need to start seeking out ways to self-medicate their symptoms.

Let me know what other questions you might have around ADHD medications.  Better still, be sure to join me for an upcoming teleclass I will be facilitating called “Taking the Mystery out of ADHD Medications”.  You can register for this class at https://iactcenter.com/adhd-medications-course/