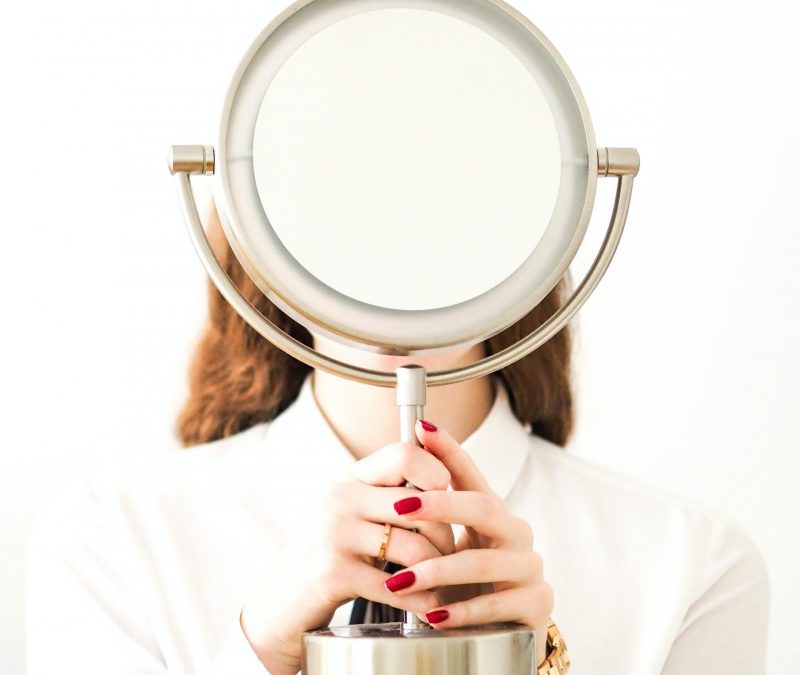 Some might think it’s impossible not to know you have ADHD until you are an adult.  And yet that was me. At 50ish, I entered menopause, an empty nest, and was diagnosed with ADHD.

I had always worked hard at life. I knew I was smart, yet I studied twice as hard for OK grades. Felt socially inept and always had the nagging feeling that I was different. I spent college in the library while roommates were out partying. A rigid system of checks, balances, lists, and calendars kept my head above water. Then, at 20, I was diagnosed with depression, and at 35, with anxiety. No one mentioned, nor did I even consider, I could have ADHD. Not even after my sons and husband were diagnosed. They were the ones that created the chaos. I was the one who organized it. Or so the story went.

At 50, everyone but me recognized my symptoms of ADHD. At menopause, the overwhelm, inattention, brain fog, and forgetfulness got too much. I was sinking. My life raft came from a good friend diagnosed with ADHD. In her, I recognized myself. Admitting it to myself first and then to my psychiatrist, I started Adderall and life came into focus. I realized I no longer needed to hold on so tight to the constant worry to keep me focused. My anxiety and depression left. That is my experience of being diagnosed with adult ADHD.

Your story and experience, if you were diagnosed as an adult with ADHD, might be a bit different. It’s possible that you spent the first 18 or more years of your life agonizing over why you felt so different—working harder than most. Tormenting yourself over social situations or even thinking you were somehow broken.

There might have been a never-ending narrative in your mind repeating everything you did wrong. Reprimanding you for unforeseen mistakes, failures, or forgets. Wondering why you could never “get it” quite right—knowing but being afraid to admit that you learned differently. Feeling alone or isolating yourself and being rejected or feeling rejected. Never feeling at peace with your brain or yourself. Your actions and behavior being misunderstood by your family, doctor, teachers, and therapist.

Keeping and maintaining friends might have been a challenge. You were missing unspoken and unseen social cues. Interrupting, difficulty following conversations flow, or simple boredom with all the small talk. And if you thought you had offended someone, your rejection sensitivity would isolate you for days. Self-doubt would set in. The shame and self-blame would be all-consuming.

Reaching the neurotypical milestones of academic or occupation success might have felt out of reach. Maintaining a job for more than 6-12 months was a dream. Never realized due to constant lateness, missing deadlines, and not completing or forgetting tasks: those or countless other violations of some unknown, unspoken social norm.

Relationships were unpredictable. There might be the occasional friend that was a misfit like you. Living with other people was a challenge. A compromise was difficult. You wanted to have a fulfilling, successful relationship. And even then, it might not work out.

There were, of course, moments of hope. Times, maybe days or months, when things mysteriously came together. Life was good…for a while. But the tides would eventually change. You’d get overwhelmed, quit, get bored or offend in some way. The excruciating process of beating yourself up would begin again. You would swear as the rejection sensitivity, anxiety, or depression took over the next time, it would be different. But it wasn’t…not really.

And then, just maybe, as an adult, after all the childhood doctors, therapists, teachers, and even parents had done their best, you meet someone. A new therapist, a new doctor, or an ADHD Life Coach. A person who asks if you ever thought that you might have ADHD. Maybe because they noticed similarities in your behavior and what they had experienced, ADHD might be something you never even considered. Dumbfounded and complete disbelief would be a normal response. But wouldn’t something like ADHD be discovered or diagnosed by someone long before?

And then, after a couple of minutes or hours of adamantly denying the suggestion, you go home. Home where you spend the next week researching online stories and experiences of people like you. People telling their stories of being diagnosed as an adult with ADHD. You google, buy or listen to every book you can find related to ADHD in adults. You read every list of ADHD characteristics and realized how many describe you. You watch TED Talks, read blogs and articles, and visit numerous websites about ADHD adults.

And the more you learn and resonate with each person’s story, the weight is lifted. Is that hope you feel in your heart? Are those tears of sadness, grief, and relief as the words and their experiences ring true for you also? Did you think the world paused for just a moment as you realized that the answers you had been searching for were right there?

Did you say to yourself, “I am ADHD.”  Did you turn and tell it to someone else?

Did you wonder why it took so long for you and others to understand this? Wonder how the diagnosis was overlooked by psychologists, psychiatrists, and neurologists growing up. And how was it that the idea that you might have ADHD never came into your mind? Haven’t you known or know people with ADHD?

The answer is simple. Unawareness and stigma.

Unawareness of the way ADHD symptoms present themselves so differently in every person with ADHD. Not all people with ADHD are hyperactive. And not all hyperactivity with ADHD is physical. For many, their hyperactivity shows itself in an anxious, busy, or daydreaming brain.

Stigma from hundreds of years of misinformation about the symptoms, cause, and treatment for ADHD. ADHD symptoms have been documented in the literature for over 300 years. Yet only in the last 25 years have we realized that it is a disorder that continues to impact adults. Most people do not outgrow ADHD. It continues to challenge an adult’s social, academic, personal, and professional success. Unfortunately, most adults with ADHD don’t realize it until their children or grandchildren are diagnosed.

Add to this the lack of understanding about the medication treatment of ADHD. A “stimulant” medication is called that because it helps to activate essential neurotransmitters in the ADHD person’s brain. If you have ADHD, it does not “stimulate” your body, just the neurotransmitters in your brain. Many people take a low dose of stimulant medication to calm their racing thoughts before bed.

Unfortunately, there continues to be widespread disbelief and misunderstanding about ADHD. Interesting because it is a well-documented medical condition…right there in the same diagnostic book as depression and anxiety.

To be diagnosed with ADHD, you must have very specific symptoms. So no, not everyone has a little ADHD. Maybe it would help if well-known media personalities or T.V. shows depicting ADHD in a positive light were more popular. Somehow the stigma is that people with ADHD are lazy and unmotivated. In school, their overwhelm, frustration, and learning differences have them labeled “behavior problems”. If there is a more misunderstood label…being a “behavior problem,” is it.

People still associate ADHD with being young and male. Someone who can’t sit still and doesn’t do well in school. Those children get little encouragement for their intelligence, curiosity, creativity, interests, and strengths. There is little appreciation for the valuable, brilliant adult person yet to emerge.

ADHD is stereotyped. And like most stereotypes, it is woefully wrong. The diversity of the ADHD experience is underrepresented. ADHD is multifaceted, with much diversity in symptoms and solutions. Persons with ADHD are characteristically intelligent, creative, inventive, outspoken, brave, heroic, and everything else.

Having spent the last 20 years working with and advocating for persons with ADHD, I am confused about how it is still a misunderstood medical condition. However, I think I may have identified at least one key reason why this is. People with ADHD are made to feel ashamed of their ADHD. So, they try to hide it and certainly don’t talk about it. Instead, they expend enormous energy pretending or trying to be like everyone else. They apologize for their ADHD symptoms. And then beat themselves up trying to overcome and mask the natural way their neurodiverse brain works.

And instead of fitting in, persons with ADHD spend an incredible amount of their life hiding their symptoms. Trying to be something or someone they were never meant, nor ever were going to be. Everyone loses when this happens. The ADHD person rarely gets the chance to express their uniqueness fully, and the rest of us miss out on their brilliance.

Discovering you have ADHD is never too late. Even as an adult. Even if you are in your 50s, 60s, or 80s, once you understand you have ADHD, you can let go of all the “shoulds”. You can begin living your life appreciating yourself for who you are. It may take discovering new ways of managing certain challenges and learning new things about yourself and your ADHD brain. But imagine embracing your whole self and realizing that you are quite an amazing person.

No matter how old you are, when you discover you have ADHD, there is peace in finally realizing the answers. It is a chance to be gentler with ourselves. To lay down the stick and instead reward ourselves for our successes. Knowing that life is a work in progress and that with ADHD, you are amazing and different.

Do you want to read more about being diagnosed with ADHD or being an adult with ADHD?