ADHD = Alaskans Delight at Hunting Danger in the Last Frontier 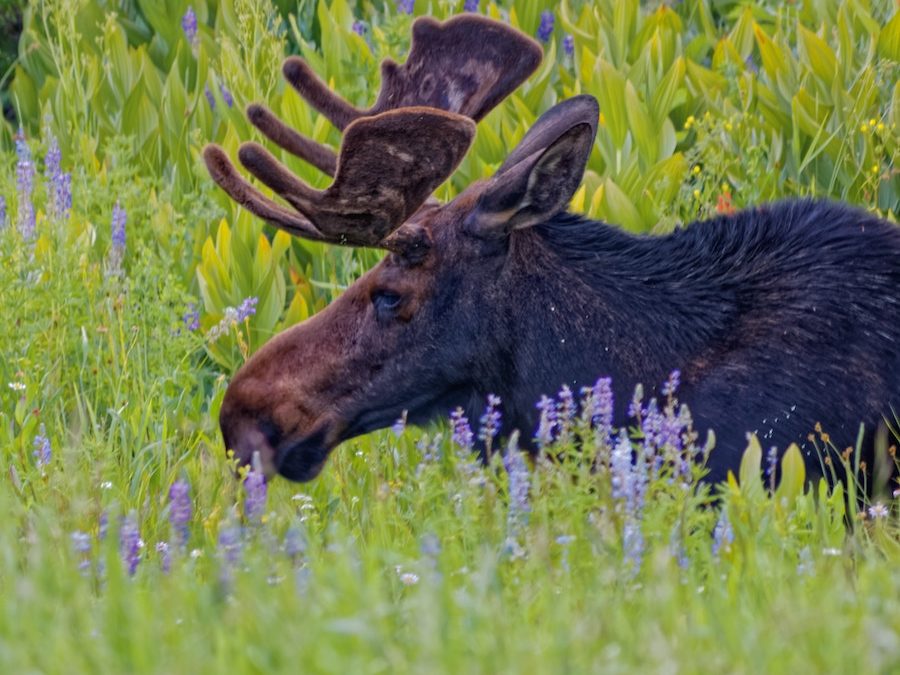 I am away on vacation this week, recharging my batteries after two back-to-back conferences. I can’t wait to share the information with you…but in the meantime, here is a guest blog from Sunny Aldrich of Midnight Sun Coaching in Alaska.

When I was first diagnosed with ADHD, I started seeing it all around me. My best friend, her husband, her brother-in-law and even co-workers seemed to have the tell-tale signs and quirky personality traits that are so distinctively ADHD. I told myself I was being ridiculous and clearly had some form of ADHD paranoia. It was a bit reminiscent of my first hunting trip where every tree stump or brownish, moss-covered boulder looked like a moose.

Then the strangest thing happened; my friend was diagnosed with ADHD and so was her husband. The brother-in-law who couldn’t let me finish a sentence without interrupting? I found out he’d been diagnosed as “severely” ADHD in childhood and his adult ADHD habits were destroying his marriage. Oh, and the co-worker? I happened to comment about my ADHD medication wearing off before the end of my shift and she confided that her Adderall was long gone as well. It was at that point that I realized that I wasn’t paranoid, there just appeared to be a lot of people around me with ADHD! In fact, that may be the very thing that drew them to Alaska in the first place.

ADHD has a long list of symptoms and the name “disorder” itself points to the negative stigma it has earned. But what if ADHD is actually a highly evolved set of characteristics that in past centuries would been seen as assets? Author Thom Hartmann has pointed out how common it is for adults with ADHD to be restless, have difficulty tolerating boring or repetitive jobs and actively seek out change, excitement and adventure.  Hartmann proposes that the heritable traits associated with ADHD are actually a unique set of biological advantages that evolved made us good “hunters” and in many cultures the best hunters became leaders. They’re viewed negatively at this point in history only because we currently live in a “farmer’s” society. This perspective set the wheels of thought into perpetual motion for me and I haven’t looked at ADHD the same way since.

What would we have thought of these self-same “symptoms” a hundred years ago, or even a thousand years ago? Living in Alaska gives me the opportunity to look at ADHD behaviors from a different perspective than someone who lives in another part of our country. That annoying habit my kids have of getting distracted by any little noise or activity in a room looks lot different when we’re hiking through the woods. They are attuned to every detail of their surroundings, noticing each chirping bird fluttering softly in the brush and each animal track on the ground. Given the high probability of us running across a bear during our excursions, I find their hyper-awareness to be quite a relief. In a school setting it gets them in trouble; in a wilderness setting it could save their lives!

Researchers have discovered that ADHD comes with a deficiency in the chemical dopamine, part of our brain’s motivation and “reward” system. Interestingly, dopamine is one of the building blocks of adrenalin and after we’ve done an activity that produces it, such as strenuous exercise, the adrenalin in our bodies breaks down again leaving us with more dopamine than we had before. Many of us are familiar with the term “runner’s high” in regards to exercise, but you may not be aware that stressful, exciting or even frightening activities can produce a similar chemical “reward.” It’s easy to understand why those of us with naturally low levels of dopamine crave a good adventure on a regular basis.

Armed with this information I took a deeper into my family history and what brought them to Alaska in the first place. It turns out I come from a long line of immigrants and homesteaders; my maternal grandfather set out for Alaska in 1960 in a Nash Rambler station wagon with 9 children in tow. If that doesn’t produce a boat load of adrenaline, nothing will! My paternal great-grandfather immigrated from the Bohemian forest of Austro-Hungary in 1909 at only 19 years old without knowing a lick of English. He brought not a single family member with him. What would motivate someone to make such a daunting life-change? Historians tend to assume that it was desperation or oppression that motivated our ancestors to endure weeks of sea sickness required to get to the “new world” across the ocean. Personally, I think at least a few of them were just bored.

Great-grandfather braved the untamed wilderness to provide a new, civilized life for his children in Wisconsin. Why would his own son leave behind the creature comforts he created and trot off to Alaska, the very antithesis of domestication? The answer is simple: he’s his father’s son and he needed some dopamine. When my Papa explained that he moved to Alaska in 1953 because North-central Wisconsin was becoming too “civilized” for his taste, I understood exactly what he meant!

It’s quite possible that without ADHD in our gene pool we might still be huddled together in a dank cave somewhere. I had to remind myself of this when my son climbed out the window of Papa’s Jeep and onto the roof while they were driving the back roads of an Anchorage neighborhood looking for moose, clearly having acted without considering the consequences.  After recovering from near heart failure, I contemplated what life might have looked like our ancestors had carefully weighed all the potential disastrous outcomes before acting. It’s unlikely they would have hunted that Saber Toothed tiger or led their tribe to migrate across the land bridge. Christopher Columbus might have sat comfortably at home in front of the fire instead of sailing to the new world and it’s quite probable all of the bunks on the Nina, Pinta and Santa Maria would have been glaringly vacant decades later.

I’ve gotten used to the fact that most of my friends, family and co-workers here in Alaska have ADHD. It’s kind of nice to be surrounded by so many people who “get” me and it often feels like we have our own unique little club here in the Last Frontier. In many ways we do, braving the long, cold dark winters together and sharing stories of errant wildlife; such as the moose who like to lick the salty residue of your car just after you watch it. By far, my favorite club is the “hunter” club. Although the “driving-around-with-frozen-moose-slobber-adorning-my-vehicle” club runs a close second! For your viewing entertainment, clicking on this link will take you to a video of a moose licking a car: Moose-Drool Carwash

Oh, and one last thing. That story about my 7-year-old son crawling onto the top of a moving SUV while his 93-year-old great grandfather failed to notice? Yeah, that’s actually true. I honestly wish I could say I had made that up for shock value, but those of you who may still hold doubt I’ll leave you with a picture of my little hunter… there’s a reason we named him “Calvin!”

Sunny Aldrich is an ADHD Coach and Adult with ADHD in Alaska. Visit her website at http://midnightsuncoaching.com/home.html.