The Truth About ADHD Medications and How They Work 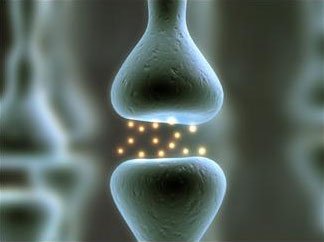 ADHD is a medical condition that affects the functioning of neurotransmitters in the brain.

With just a little understanding of how ADHD medications work, many people can enjoy great improvement in their ADHD symptoms.

The symptoms of ADHD are a result of the brain not producing enough, or utilizing efficiently, the brain’s neurotransmitters dopamine and norepinephrine.

Just like any organ in the body – your eyes, pancreas, heart or lungs – the brain is susceptible to faulty functioning.  When there is an imbalance of neurotransmitters in the brain, it cannot operate effectively. This is similar to needing glasses when you have impaired sight, inhalers for asthma, or insulin for diabetes.

In fact, a good analogy to help understand ADHD and how ADHD medications work is what happens with the pancreas and diabetes.

In diabetes, the pancreas does not produce enough insulin. Sometimes this occurs in childhood…sometimes it happens with aging. Either way, management of diabetes includes learning about the condition of diabetes, making changes in lifestyle habits, such as diet and foods, and increasing exercise. However, one of the most effective ways to re-balance the body’s insulin is with an oral medication or an injection of insulin.

With ADHD, the brain is simply not producing or utilizing enough of the neurotransmitters dopamine or norepinephrine.

Without sufficient neurotransmitters, there is not enough of them to activate the frontal lobe of the brain – the area responsible for providing us with the benefit of “executive functions.” Executive functions include our ability to pay attention to things less interesting, the ability to filter out environmental stimuli or remember details (You can learn more about executive functions in my course Your Best Year Ever With ADHD or my ADHD Medications Course).

For my son, and for many others, confirmation of the need for more active neurotransmitters in his brain came when he started taking ADHD medication, like Ritalin or Adderall, that is designed and formulated to specifically and only activate specific neurotransmitters.

The difference when my son took the medication was like night and day. Finally he was able to hold his attention on reading and his grade level increased three grades in six weeks! He wanted to read, the problem was not his motivation, but that his brain was just not able to focus on the task because he did not have enough dopamine to help him keep his attention.

ADHD is also similar to someone whose vision is impaired and needs glasses. If you have poor vision, you cannot simply force yourself to make your eyes focus. We don’t hesitate to see an eye specialist and if found needing, provide and wear corrective lenses. Interestingly, we never worry that wearing glasses at a young age will weaken eyesight later. Imagine if we believed that impaired vision should not be corrected or was optional!

What we know about people who are not getting enough dopamine and other neurotransmitters to their frontal lobe is that they often struggle academically, personally and professionally. They struggle with low self-esteem, lack of confidence and are more likely to seek out alternative ways to self-medicate, trying to get their brain to focus or calm down.

When a person takes a stimulant medication such as Ritalin or Adderall that targets specific neurotransmitters, it helps to activate dopamine or norepinephrine so it can be utilized by the brain more effectively.

What ADHD medications do is specifically “simulate” the neurotransmitters in the brain.

Even though this post is about how ADHD medications work, they are just one “tool” available to help you better manage ADHD symptoms. And, of course, medications need to properly prescribed by your physician.

The prescribed medications need to be the right medication at the right dose, delivered at the right time and taken consistently to get maximum benefits with minimal side effects.

And medication is not the whole answer.

ADHD is a 24/7 disorder, while medications work fairly quickly, the best solution is a comprehensive approach that combines medication with other “tools”. Other tools such as using a planner system effectively, creating systems and structures to follow, etc.

Enjoyed this article? Here are 3 more all about managing ADHD in your loved one:

And if you’re looking for more indepth knowledge about ADHD, check out my ADHD Medication Answers series!