If you’ve been following my newsletter and blogs, you know that I have stepped up (pun intended) my exercise in the last few months. So, you can understand when I say that finding out that the 10,000-step goal was a myth, just an arbitrary number, sort of burst my exercise enthusiasm bubble.

Whether you’re new to walking or looking for a way to improve your health you’ve likely heard the advice to aim for 10,000 steps a day. For most people, this equals roughly 5 miles, depending on things like height and walking gait, etc. I will admit I was working toward this goal myself. Yet, it turns out 10,000 steps isn’t the Holy Grail for healthy walking.

So how did the 10,000 steps number come to be? Interestingly, the number can actually be traced back to a marketing promotion for a pedometer that was released in Japan in the 1960s. That was over 50 years ago! Since then, other businesses have jumped on the 10,000 steps bandwagon, used this random number…and the 10,000 steps movement was born.

It occurs to me that the myths about ADHD that have been going on for decades are a lot like the 10,000 steps myth. In fact many of them originated about the same time in history. Myths and misconceptions about ADHD that science, time and experience have proven wrong over and over again. Yet, despite the overwhelming evidence random, unsubstantiated rumors continue to be believed.

Here are some of the myths about ADHD that are not accurate, along with the accompanying fact:

Myth: ADHD does not exist at all. It was made up by psychiatrists, drug companies, psychologists, and the media, to create more business.

Fact: Scientific studies spanning 100 years have consistently described a group of individuals who struggle with concentration, impulse control, and in some cases, hyperactivity. The name for these challenges has changed over the years. Currently, the appropriate medical term is called Attention Deficit Hyperactivity Disorder (ADHD). This condition has been confirmed as a disability by the legal, educational, and medical systems.

Myth: The medication to treat ADHD is the same as cocaine or meth and is addictive.

Fact: Medically prescribed medications used to treat ADHD are chemically different from cocaine and methamphetamine. Saying they are the same is like saying that oxygen and water are the same because they both contain the molecule oxygen. In fact most people diagnosed with ADHD struggle to remember to take their medication. A behavior exactly the opposite of someone addicted. Longitudinal studies have shown that individuals with ADHD when properly diagnosed and treated with stimulant medication such as Ritalin or Adderall actually have a lower risk of addiction in adulthood.

Myth: ADHD is just an excuse to not be responsible.

Fact: ADHD is a neurobiological disorder resulting in the inefficient communication of the neurotransmitters in the brain. One of the primary symptoms of someone with ADHD is of being easily distracted. Although it can look to someone else as if they don’t care or are irresponsible, the struggle to follow through is due to the significant distractibility characteristic of ADHD.

Myth: ADHD is a result of bad parenting.

Fact: The symptoms of ADHD are due to a biological-based miscommunication of the neurotransmitters in the frontal lobe of the brain. Just as you can’t improve someone’s vision, diabetes or asthma with discipline, neither can you punish a child with ADHD and correct the neurobiological basis of the disorder.

Myth: ADHD is something made up by Big Pharm to make money.

Fact: Pharmaceutical companies are businesses and as such aim to sustain a profit. However, there is smaller financial gain in the manufacturing of treatment of medications for ADHD compared to disorders such as diabetes or high cholesterol. Also, there have only been a handful of new pharmacological treatments for ADHD on the market in the last 70 years. If there were money to be made in the treatment of ADHD, Big Pharm would certainly be churning out options more prolifically. Compare this to the huge growth in the pharmaceuticals used to treat high blood pressure, cholesterol, and diabetes.

Fact: We are fortunate to live at a time when science has advanced to the point of being able to see into the fluids of our body to diagnose such things as diabetes, or view inside our body to detect cancer. It can therefore make sense to assume that unless there is a specific physical medical test for ADHD, it isn’t real. Yet, what we forget is that at one time those methods of detection and diagnosis were not always possible either. Even though there currently is no single physical medical test for diagnosing ADHD, it is recognized as a legitimate diagnosis by medical, psychological, and educational organizations worldwide. Until science advances further, disorders like ADHD are still best diagnosed by a qualified professional skilled at differentiating symptoms based on a person’s history and current challenges. This method of diagnosing is still the gold standard used in the diagnosis of ADHD.

Myth: You can’t have ADHD if you are an adult.

Fact: 50-70% of children diagnosed with ADHD will continue to struggle with symptoms and challenges consistent with ADHD into adulthood. Individuals are diagnosed at different ages due to a combination of their specific challenges, environmental support, and compensating strengths. ADHD is not a disorder that discriminates based on age. A diagnosis of ADHD is possible at any age as long as the person meets the diagnostic criteria.

By learning more about ADHD, you can help increase the truth, understanding, and awareness worldwide. What is one of the ADHD myths you have heard and what do you know is the truth? Let me know by responding in the comment section below.

Oh…and about those 10,000 steps.  Experts recommend that you track the amount of time you are active rather than the number of steps. The goal? 150 minutes of moderate aerobic activity or 75 minutes of vigorous aerobic activity per week. For me that is good news although I will admit it may not stop me from asking for a Fitbit for Mother’s Day! 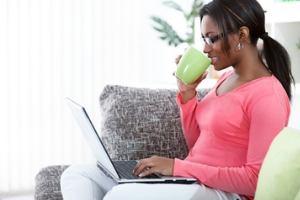